We believe that rules are meant to be understood so that they can be broken in the best way possible.

That being said, we think it’s important to have a framework to operate from. Structure leads to productivity which is enhanced by creativity. So, these are our thoughts about how we want to make films.

Film is a collaborative art form, but we prefer to keep things as simple as possible and small as possible. Meaning – figure out the least amount of gear that you need to get the job done. And, don’t over hire so that half of your crew is sitting around for 90% of the day.

Listen, we aren’t against the movie studios hiring thousands of people to work on their films. And we aren’t trying to take away anyone’s jobs. Instead, we are trying to create more projects by being smarter and more efficient in the way that we work.

Really, what it comes down to is the fact that we are spoiled artists.

We don’t have to pitch our sketches to financiers, hoping to get the funds to turn our sketch into a final image.

We don’t need to get notes from executives about how to make our sketches more commercial and how we should replace the person in the sketch with someone more famous.

No! We can just draw the f*#%ing thing! We can do it whenever we want! We don’t need anyone’s permission. We can just do it.

The film industry has complicated itself to maintain order. It has kept the people at the top in power for decades and created a buffer of gatekeepers, invisible rules, and industry secrets to make sure that they stay there.

Well, I’m sorry to say that we are here to poke that sleeping giant and scale the castle walls to pull the tyrannic kings from their thrones.

We are often reminded that the film business is just that – a business. And filmmakers are encouraged to think within the box of a business by casting “bankable” actors, making high-concept projects, utilizing known IP, and working within specific genres.

It is our goal to prioritize creativity over the dollar. Why?

Because at the end of the day, we would rather be proud of the finished product knowing that we’ve made something original and contributed to the art form rather than making a quick buck by adding another poster with a slightly recognizable face to a sales agent’s AFM lineup.

Do It For Fun

We are kind of saying similar things here, but this is super important and needs to be emphasized.

Making movies has to be fun. It just has to!

Otherwise, it’s a stupidly difficult industry to be in. There are a million other things you could do that would probably bring you more enjoyment and make you just as much money.

So it has to be fun.

We find that people can take this stuff way to seriously. It’s art! You are creating something from nothing and expressing yourself. You are creating amazing visuals that no one has ever seen. You are telling stories that move people. It’s magical.

That’s why we have added this to our mandate. We must keep the magic alive.

Learning filmmaking techniques and new skills is a passion of ours. We are constantly learning and I don’t think we will ever stop.

There are so many aspects of the film production process and we love all of them. That’s why, it’s important that we continually push ourselves to implement new knowledge and skills so that we can keep progressing and become better and better filmmakers.

There must be a balance, however.

One fatal flaw we’ve seen in indie films in the past is that they push themselves too far. They try to over reach, and in turn create an inferior film. So one of the most important skills we can hone is to identify when we can keep pushing and when we need to hold back. 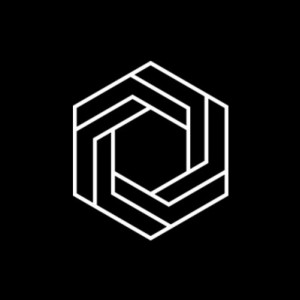 We are two Emmy-nominated filmmakers who are determined to break the film industry and discover how to create lucrative and original independent films outside of the studio system. We invite you to follow along with us and learn from our horrible mistakes and incredible successes.

These may seem simple at first glance, but they are crucially important to making a successful guerrilla film project.